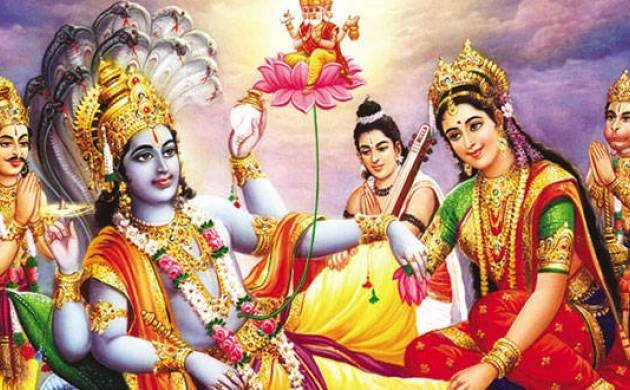 The legend about Kamada Ekadashi is narrated by the God Krishna to the Pandava King Yudhishthira in the Varaha Purana, as it was told by the sage Vasishtha to King Dilipa. Once, a young gandharva couple, Lalit and his wife Lalita, lived in the city of Ratnapura, a highly prosperous city decorated with gold and silver, which was ruled by the King Pundarika.