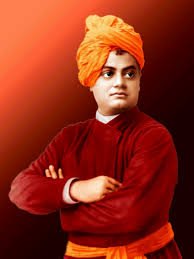 Swami Vivekananda (Bengali: Shāmi Bibekānondo; 12 January 1863 – 4 July 1902), born Narendranath Datta (Bengali: [nɔrend̪ro nat̪ʰ d̪ɔt̪t̪o]), was an Indian Hindu monk, a chief disciple of the 19th-century Indian mystic Ramakrishna. He was a key figure in the introduction of the Indian philosophies of Vedanta and Yoga to the Western world and is credited with raising interfaith awareness, bringing Hinduism to the status of a major world religion during the late 19th […]

A dear Marathi user YEAR 2017 is Coming, We Are Again celebrating the end of year 2016. Every New Year comes with the joy and with happenings. Celebration and joy begins with the ends of old calendar and beginning of the new Calendar. Here in this blog post we are giving you updates on the […]