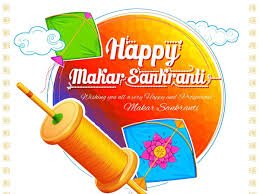 Makar Sankranti is celebrated on the 14th of January every year. Unlike most Hindu festivals which are determined as per the altering positions of the Moon and are based on the Lunar Calendar, Makar Sankranti is based on the Solar Calendar. Every year, Makar Sankranti is celebrated to mark the movement of the Sun in the Capricorn or Makar sign. The word ‘Sankranti’ literally means ‘movement’. Hence, the festival precisely denotes the movement of the Sun into the Makar zodiac.
On the day of the Makar Sankranti festival, the duration of the day and that of the night is equally making it one of the oldest solstice festivals. The festival officially marks the onset of spring or Indian summer. Post this day, the Sun stays in for a little longer as compared to the previous days making days longer than nights.