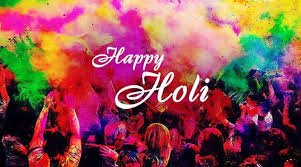 The Festival Of Colors

Holi–the festival of colors–also known as Vasant Utsav, falls on the Pratipada during the dark half (Krishna Paksha) of the Chaitra Month as per the Hindu Calendar. If the Pratipada is falling on two days then the first day is considered as the day of Dhulandi (Vasantotsav or Holi). Holi is also celebrated as the arrival of the spring season by taking inspiration from the colors. This festival is also known as Dhulandi, a name popular in the state of Haryana.

Description of Holi can be found since ancient times. In Hampi, capital of Vijayanagara kingdom, a 16th-century caricature of this festival had been found. Similarly, a 300 BC inscription describing Holi had been found at Ramgarh near Vindhya hills.