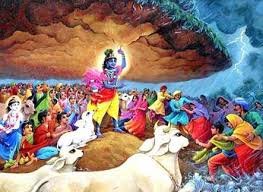 Govardhan Puja holds extreme importance in the Hindu religion. This festival exemplifies nature and human beings. According to the Hindu Calendar, Govardhan Puja or Annakoot is commemorated on the first day of Shukla Paksha in the month of Kartik. This festival is celebrated throughout the country, but its essence reaches acme in North India especially in the areas of Vraj Bhumi comprising of Mathura, Vrindavan, Nandgaon, Gokul, and Barsana. The above-mentioned places are significant with respect to the festival as here itself, Lord Krishna encouraged the people of Gokul for Govardhan Pooja and zapped the arrogance of Lord Indra.