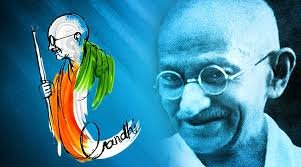 Gandhi Jayanti is celebrated yearly on 2 October. It is one of the officials declared national holidays of India, observed in all of its states and territories. Gandhi Jayanti is marked by prayer services and tributes all over India, including at Gandhi’s memorial, Raj Ghat, in New Delhi where he was cremated. Popular activities include prayer meetings, commemorative ceremonies in different cities by colleges, local government institutions, and socio-political institutions. Painting and essay competitions are conducted and best awards are granted for projects in schools and the community encouraging a nonviolent way of life as well as celebrating Gandhi’s effort in the Indian