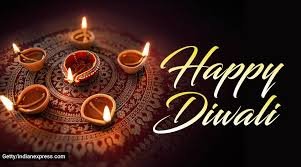 Diwali, also known as Deepavali, is a significant festival of the Hindus, which encompasses the five-day-long festivities ranging from DhanTeras to Bhaiya Dooj. The celebration extends to all of India, parts of Nepal, and various other parts of the world. The word Deepavali means series of light lamps, due to which Diwali is referred to as the festival of lights. Diwali signifies the victory of light over darkness, portraying the triumph of good over evil. Non-Hindu communities like Jains, Sikhs, and Newar Buddhists also celebrate this glorious festival. While Jains celebrate it to commemorate the spiritual awakening or nirvana attained by Lord Mahavira, the Sikhs observe Bandi Chhor Divas with glee as it marks the day when the Sixth Sikh Guru, Guru Hargobind, unshackled the chains of the brutish prison of the Mughal Empire and freed himself.