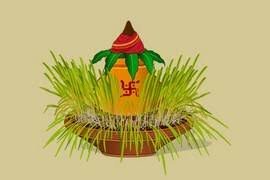 Chaitra Navratri is a nine-day Hindu festival. It begins on the first day of the Hindu lunar calendar. The festival marks the worshiping of nine incarnations of Goddess Shakti or Goddess Durga. Every year, this auspicious Hindu festival is celebrated in the month of April and March. It is celebrated in the Hindu month of Chaitra and dedicated to nine avatars of Goddess Durga.

Chaitra Navratri is also mentioned as Rama Navratri in some parts of northern India. Rama Navami, the birthday of Lord Rama, falls on the ninth day during the Navratri festival. The Hindu lunar calendar represents the celebrations in the month of Chaitra, which is also defined as marking the New Year. Chaitra Navratri begins with Gudi Padwa in Maharashtra, and the festival begins with Ugadi in Andhra Pradesh.