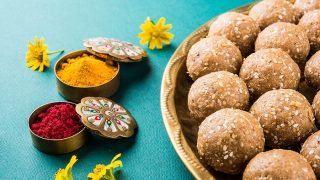 Makar Sankranti (also known as Makara Sankranti or Maghi) refers both to a specific solar day in the Hindu calendar and a Hindu festival in reverence to deity Surya (sun) that is observed in January every year. Makar Sankranti is one of the few ancient Hindu festivals that has been observed according to solar cycles, while most festivals are set by the lunar cycle of the lunisolar.  Makar Sankranti is observed with social festivities such as colorful decorations, rural children going house to house, singing and asking for treats (or pocket money),  melas (fair), dances, kite flying, bonfires and feast